Curiosity killed the cat, but it saved man!

“Curiosity killed the cat” is a saying familiar to most of us. It’s meant to be a wise saying, and most of us use it to say that curiosity is a bad thing. It’s inferred by this saying that curiosity can lead people to break the boundaries of other people’s personal lives, thus creating problems and lack of trust. We all have questions and we want answers and sometimes, in order to get these answers some people go to extremes: they search inside wallets, cell phones and personal computers of others like family, spouses and friends. When we break those boundaries for the sake of getting answers, then yes, curiosity is a bad thing, because it creates rifts in people’s relationships and brings misery.

The truth is however, that this saying, though true for the cat, is misleading when it comes to humans. In actual fact, curiosity is a very good thing for human beings.

Without curiosity there would be no science. Our very epistemophilic instinct, a term coined by well renowned psychoanalytic theorist Melanie Klein, is based on our curiosity to discover more about more and more things around us. How this works in science is someone first has the curiosity to study a phenomenon and understand it better. They then think up a theory about 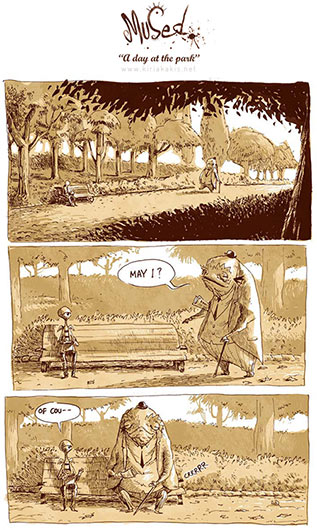 how this phenomenon works and the laws that govern it. Without curiosity, there would be no motive to study the phenomenon. For science to go one step further, a second theoretician, equally if not more curious than the first, has to wonder if the initial theory is correct and go ahead and test it. If the initial experiment is not replicated, the theoretician will have to wonder why their own experiment yielded different results and his curiosity will lead him to further develop the initial theory or suggest a counter theory. That’s how we all progress scientifically and so now we know that the earth is round and it travels around the sun, instead of the opposite.

Equally useful to man on a personal level is his curiosity with regards to what is happening to him and why. When man stops asking, he begins to lose the meaning of life. He begins to lose himself. When he thinks he knows everything, life becomes dull, boring and meaningless. When he loses interest in discovering new things, new people, new horizons, in reconsidering his views and attitude towards life, when he stops looking inside him and asking himself how he got ‘here’, that’s when depression begins, anxiety and problems in his relationships with significant others. Then, man becomes stagnant and devoid of inspiration and life.

We all want to know what is going on and what will transpire so that we have less unknowns to contend with and so life can be less frightening. The more we can have under our control, the safer we can feel. This is natural. Sometimes, we even prefer familiar situations, even if they are destructive, because to move to other unknown situations, might be even worse. “Better the devil you know, than the devil you don’t”, we sometimes say. So we stay in destructive marriages, abusive relationships, terrible work conditions and so on. In order to stay in a bad marriage, one may have to squash and restrain one’s curiosity, because if it was let loose, one might be forced to make changes in one’s life, that they might not be ready for. Restraining curiosity however, effectively means that the opportunity for a different, better life remains hidden for the time being.

In psychoanalytic psychotherapy we ask a lot of questions. We constantly open things up. We open the doors to rooms in the client’s psyche that have been shut for many years. Therapist and client together, we enter the client’s world, as if it was a house and we slowly open the doors and windows to those dark rooms so that air and light can go in. We go into those rooms with curiosity about what’s in there and why it had to remain hidden for all this time, living in the darkness, behind a closed

Questions are sometimes more important than the answers they bring. If anything, it seems important never to stop asking merely because we think we know. Do we really?…

Kostas Kiriakakis has written a beautiful story about questions and answers. The image above is just the beginning of that story and I would suggest you visit his page and read the whole comic. It’s a good read.

Online therapy. What is it and how does it work?

Advantages and limitations of therapy online

All questions are welcome.

How online psychotherapy works, its effectiveness and technical requirements.